Robot Sumo Are Fast As Lightning

Misty: Code Your Own Robot

Last week, we already introduced you to GEIO from GJS. Well, before GEIO was born, GJS already did a crowdfunding campaign for Ganker.

Ganker is to quote GJS: “A personal sized fighting robot designed for exciting combat between competitors.” The fun in Ganker lies in that it’s fun for the whole family. Kids take their first steps in robotics and engineering. Parents relive their childhood by fighting robots. You can customize your Ganker any way you want. GJS did a painting contest and the result is really remarkable:

At this moment, you control your Ganker through an app via IOS/Android. But the future holds a lot more remarkable ways of playing, like with VR headset or like the video below.

When you thought that the movie Real Steel was fiction… Well, you’re wrong!

It comes as no surprise that the Ganker Crowdfunding Project resulted in a huge success. The campaign was 132% funded and they collected in total $126,684!

Do you want to buy one? Of course, you do. Amazon already sells it:

Still not convinced? Have a look at the Ganker website and we promise. It’s hard not to press the Buy Button! The website has an awesome design! 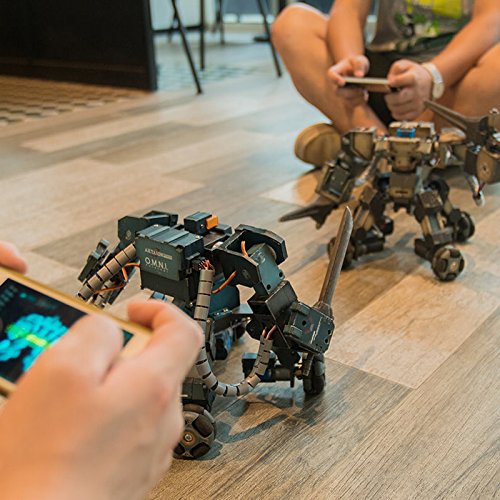